Voice Of Russia‘s English broadcast was received on 20 September 2013 via Novosibirsk TX.  At 1400UTC Radio VR News update by Jay johnson and then News in details was heard. Reception was good. SINPO: 44434
Reception report was emailed on the same day. A thank you email message from Elena Osipova with Summer 2013 programme schedule was received in 24 hours.

A  QSL verification arrived in mailbox on 30th September 2013.  Many Thanks to Radio VR (Voice of Russia) for the prompt reply . 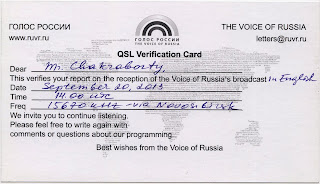 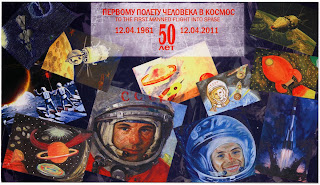