JJY (Japan Standard Time Project) Transmitting from Mount  Hagane-yama (  Near the summit of the Hagene-yama) Japan was logged on 60 Khz in LF (Low Frequency) mode on 3 rd February 2017 from Kolkata, India.

Long and short time pips with Station Id JJY in Morse code was decoded 2 times. First time at 2115 UTC and the second time at 2145 UTC.

Reception report  along with audio CD and return postage was sent by snail mail. JJY replied promptly but the envelop was lost in the postal maze of India and in the end (after one year) I received following full data QSL. 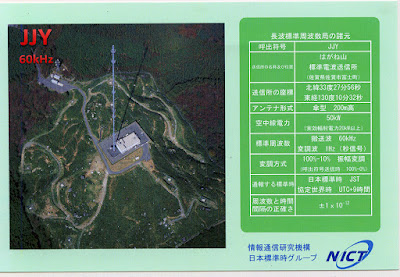 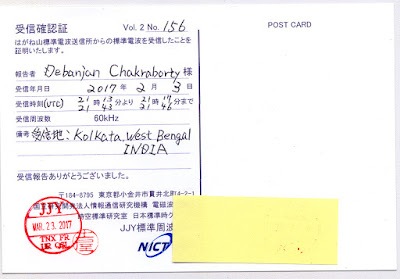