Radio Spaceshuttle broadcast was received on 13600 khz via Kostinbrod, Bulgaria on 30th August 2015.
Frequent station Id with jingles, Finish and English songs were noted from 1910 to 1930 UTC.
Reception report was sent via email and snail mail with IRCs on the following day.
After several reminders to Dick (Spaceshuttle radio host) a  QSL confirmation came to my mail box on 26th October 2016 which was posted from Spain. It took more than a year to get response from him.
Many Thanks to Dick and Radio Spaceshuttle for this nice QSL.. 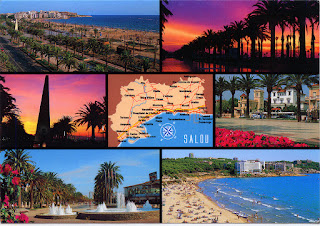 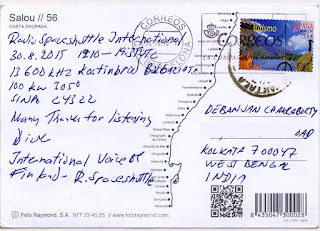