Reception report was emailed and posted on the same day. A thank you email message was received immediately after submitting the email report.
A special finalday QSL card was received on 8th September 2012 . 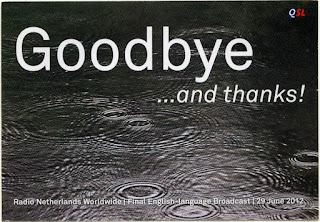 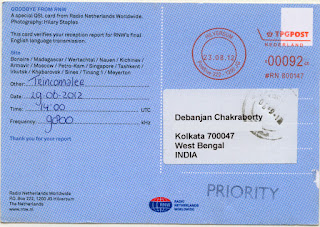