Jose Jacob from Hyderabad, India has collected QSL from 132 different stations of All India Radio over a period of 42 years. Radio stations ranging from Shotwave, Medium wave, FM to the latest DRM mode. In the process he has achieved the feat of creating an Indian Record of collecting maximum number of QSL of different stations of a radio broadcaster in India.

Jose Jacob (VU2JOS) with Certificate from Limca Book of Records

As a teenager Jose started listening to radio and started to write to stations way back in 1973, when in his school days. Few years later in 1976 he first wrote to All India Radio, when his reception report was first verified with a QSL.  Over next 42 years, he has used various mediums, ranging from inland letters, post cards to emails, for sending reception reporting.

Over the years, with his special interest in All India Radio, he is one of key country contributors, from India, of World Radio TV Handbook updating about All India Radio to the director of global broadcasting.

Limca Book of Records has recognized the feat as one of the Indian records in the radio category and awarded the certificate acknowledging the achievement.

Henry’s Island DXpeidtion was covered by ‘Ei Samay’, a local daily in Bengal from Times of India Group. Below is the English translated version of the publication. Translation was done by veteran member/Dxer of IDXCI Mr. Sudipta Ghose.

It has a striking similarity with an angler waiting for his prize catch of that elusive fish. However, the water body before him is neither a pond nor a stream or sea. It is the vast ocean of ether. A bunch of radio-nuts have congregated in Henry’s Island with fond hope of listening to shortwave or mediumwave radio stations that travels great distances in the sea of ether! Internationally, these people are known as DXers. They have long planned to celebrate the 13th February, the UNESCO sponsored World Radio Day, by trying to receive the signals of a radio station from the Philippines or from a radio station in the remote Indonesian archipelago. This ten member team consists of enthusiasts from Delhi and Tripura apart from those from Kolkata. Though there is wide difference of age between members of this team but their mind is tuned to the same wavelength – heady addiction to pick-up the signals from the unknown radio station in the shortwave radios.

On Sunday, after reaching Henry’s Island the team of radio aficionados have completed the arrangements. Sandipan Basu Mallick of Kolkata is organiser in case of this DXPedition. Apart from him other people from Kolkata are Supratik Sanatani, Babul Gupta and Sudipta Ghose. From Delhi, C. K. Raman and Alokesh Gupta flew in. There is Pradip Kundu from Tripura, a freshly retired school Headmaster as well as Shuvendu Das. These guys are all members of Indian DX Club International. Reaching their destination in early morning, they promptly deployed laptops, DX Radios, books and publications with transmission schedules of radio stations around the world and antennae. Now the wait for signals!

When the medium of radio has almost been pushed into oblivion due to proliferation of Internet and TV, how come these people are having such strong interest in radio? A visibly annoyed Sandipan says – firstly the medium of radio not a rejected one. Even today in villages after villages people tunes their radios. Secondly, we, the DXers are hooked up to signals from distant unknown lands. The DXers pickup radio signals that travel from far far away and then after such reception they identify that signal and determine where it is emanating from. If identification is correct then as a prize a QSL (verification) card is received.

According to the members of this DXPedition team there are several reasons behind their choosing the Henrys Island this time. Due to geographical reasons this area is suitable for receiving signals from the Indonesian Archiapelago, New Zealand and Australia during the night.During the early morning, 0230 to 0300 am, Tagalog language broadcasts from  Philippines can be picked up from here. Some of the team members strongly claimed that transmissions from Solomon Island could be heard from here. A prominent member of the gang Supratik Sanatani is an eye surgeon by profession. His mind is also strongly attracted to distant radio signals. He opines that the bird watchers will understand this hobby. They listen to bird calls, we listen to signals.

Delhiihte  C. K. Raman, Tripura resident Pradip Kundu vouched that they were hooked to radio listening from the very childhood. Later it was discovered that apart from  programme listening radio is more intriguing. Slowly they came to know about the mystic world of the DXers. Afterwards, they became friends quickly with the like minded people of same interest. Today all came here in a group due to the strong pull of radio.Within few hours of arrival at the Henrys Island these DXers could pickup signals from Solomon Islands and Brazilian Radio stations. At the dead of night faint signals were received in Medium Wave from Kampuchea (Cambodia). All of them eagerly looking forward for the next two nights.

Below is the original publication in Bengali

My recent trip was to the Himalayas in Uttarakhand, India, in September 2014. It was a great experience, as I went on an exploring holiday trekking mountains, photographing temples, understanding local cultures, cuisine and many more.In our journey on the way to Kasar( bit obscure place) I got off the car for a while near Almora and took photographs of All India Radio, Almora.
AIR Almora is very small low powered medium wave station. It broadcasts news and cultural programmes for local Kumaoni people in Hindi and Kumaoni. Although I did not have enough time to get into the station building.According to WRTH, its only a 1kw medium-wave station and broadcasts on 999khz.. 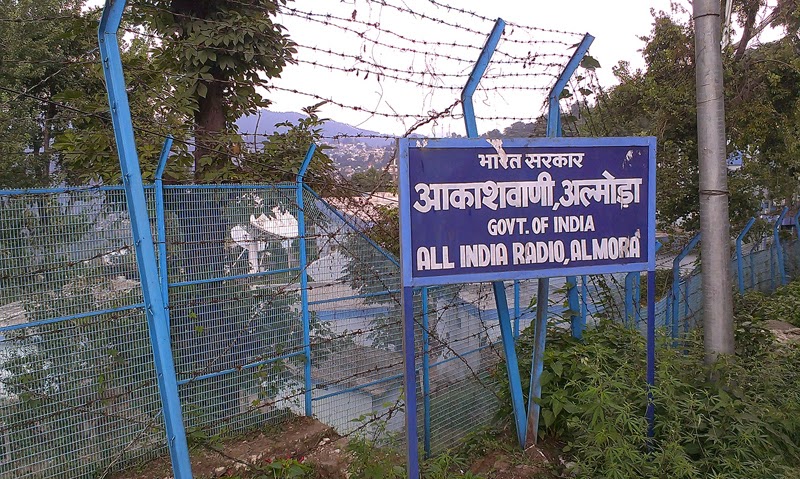 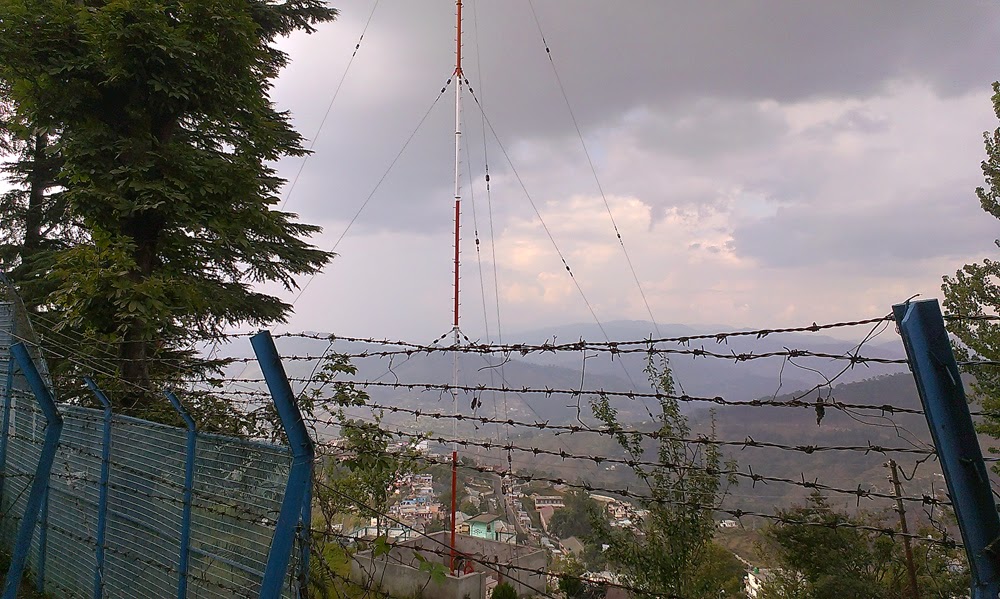 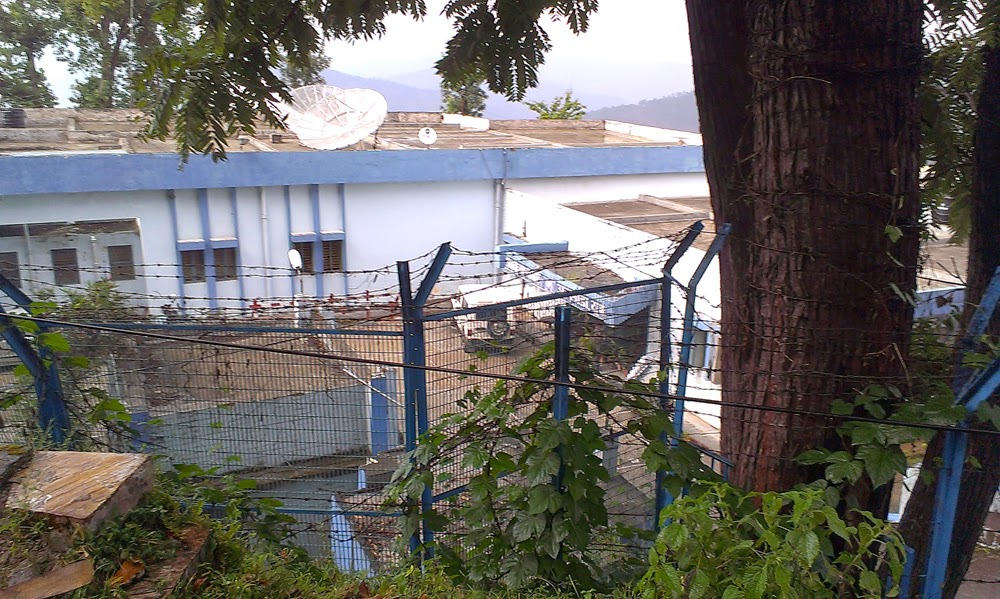