At the beginning of  Transmission Period B14 October 6, 2014, Adventist World Radio began a relay service from the Deutsche Welle shortwave relay station near Kigali in Rwanda Africa.

However, Deutsche Welle subsequently announced that they plan to close their African relay station at the end of Transmission Period B14 March 28, 2015 and then dismantled the station. So the last AWR broadcasts from DW Kigali therefor ended at the same time

Reception report was sent via email and regular mail. The following QSL with special Kigali QSL stamp was received on 8th May 2015. 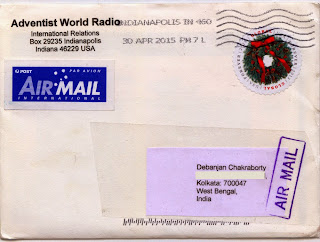 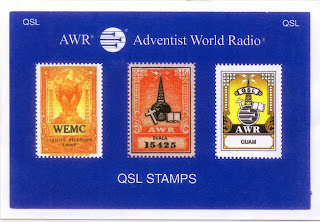 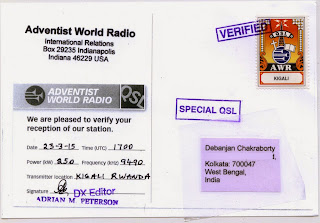